Just as every story has an unsung hero, every beautiful home has its silent charmers. In 2021, some interior design trends have found their way into many homes across Singapore. The reason? These 5 underrated home accents barely take up additional space in a home. We all know how spatial limits of a HDB or condo can severely impact our interior design style. Hence, these discreet home interior design features and accents will definitely elevate any home. Here’s the best part: some of these home decoration and renovation suggestions are totally affordable!

Here’s how you go from blasé to jen ne se quoi.

First, niches. Proving to be classier than just a hole in the wall, niches today are sleek and functional. Evolved from its ancient Roman architectural and Gothic roots, modern niches for the home are no longer ornate recesses padded in fluted lining for gods and goddesses.

Take for example, niches in the shower area. This a sleek way to store and display shower essentials.

But what if you can’t afford to build a niche into the building’s structure? Consider sneaking it into the carpentry! Spaced in between shelving units, an interlaced niche breaks the monotony of a closed custom cabinet. Add a strip of LED lights to the cabinet, and it’s a stunning modern display cabinet!

The soft, diffused glow create a cosy ambience for any home. Furthermore, pendant lights like these ones in a HDB resale flat, cast pretty shadows on the wall for a “there but not there” “accessory. How much more underrated can you get?

Our third tip is for the homeowner who can’t seem to decide on how to select a laminate colour. We say, why choose? Go with two contrasting laminates instead for your cabinets and wardrobe!

Two toned laminates for the custom carpentry is a fun and modern way to incorporate colour into your space without adding additional clutter.

For example, this custom carpentry for a resale condo uses a complementary colour scheme to liven the kids room. This kid’s bedroom decor idea is perfect for the growing years given its timeless, playful appearance.

Unlike plaster walls and opaque doors, clear glass doors elegantly framed like in a French style, allow light to filter in. Consequently, creating an ethereal and airy feel.

Finally, accessories! And not just any, but accessories with organic textures like jute, cotton, wool or even wood and dried flowers.

These materials have come into trend simply because the perfect touch of warmth and cosiness to any space in your home. Whether in the form of a sofa throw, or a macrame wall decor piece, our final underrated home accent is an affordable and easy way to elevate your home.

Ready to Elevate your Interior Design?

Get in touch with our team of professional interior designers and home stylist!
Book a Consultation 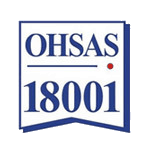